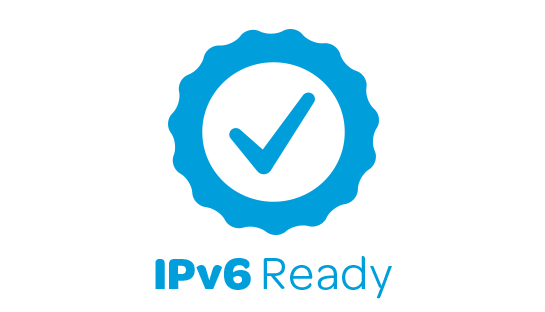 Diving into the basics of IPv6

By: Nitin J Mutkawoa
In: Networking and Hardware, Security
With: 2 Comments

The Internet is growing. In case you are not on IPv6, for sure one day, you might need to migrate from IPv4 to IPv6. Now what kind of methodology you would apply whether a dual stack or a direct changeover depends upon a rigid observation and analysis of the network infrastructure. But, it should no more be taken as a complexity. Since a few years, many companies, government bodies, ISPs, and others are moving towards IPv6. Some are adopting dual stack. IPv6 can be said to be version 2 of the Internet. In this blog post, I will make my best to shed some basics and simple way to understand the features and benefits when using IPv6. I will also contrast it with IPv4. For research purpose, I have perused several books and blogs over the Internet and, same are referenced below. One of the challenges in Africa is to enable the smooth transition to IPv6. Whilst others are doing dual stack, others have successfully migrated the whole network infrastructure to IPv6. IPv4 has been created in the early ’80s. The Internet growth which is so huge and it will definitely need to move ahead with modern technology IPv6 running at its core. I had always admired one of the modern futurist physicist, Dr. Michio Kaku who said that “In the future, the Internet might become a brain“.

So why do we really need IPv6?

Besides, from the growth of the Internet and the scarcity of  IPv4 addresses, we all knew that in IPv4, the network has been divided into two parts which are the Private IPs and the Public IPs allocation. And, those two segments which are Interconnected required NAT configuration. This breaks the contiguous of the Internet. Another reason is that there is no security in IPv4 at its core. Of course, there are other strategies to secure an IPv4 network. When it comes to data prioritization, it cannot be done at the core of IPv4 which means that there is not much of Quality of Service (QoS). In IPv4, we can configure or assigned an IP to a device or simply use an address configuration mechanism such as DHCP. But, the moment DHCP is down, we land into a problem. Here is the catch, this means that there is no way to make a device to be assigned a globally unique address. So, that’s why we need IPv6. Well, wait… What happened to IPv5 ? and what about IPv1, IPv2, and IPv3?

Have a look at the diagram below which makes it pretty easy to understand:

So, IPv0, IPv1, IPv2, and IPv3 were used in the development testing phase. Ipv5 was used while doing the Stream experimentation of the Internet.

There is no backward compatibility when using IPv6, but, the basic functions remain the same, and the features have been changed completely. Since IPv4 is a 32-bit address and IPv6 is a 128-bit address, just imagine how much bigger it is. When compared to an IPv4 address bit, IPv6 has four times more bits. We can say that there are more than 1500 IP addresses per square meter on earth.

Another feature of the IPv6 is about the header which is twice the size of IPv4.

In IPv6, there is also end-to-end connectivity which means that NAT is not required for the continuity of the Internet. Every host can reach another host over the Internet.

Other features are “auto-configuration” which can be either stateful or stateless. Stateless is a mechanism that does not require any intermediate support in the form of DHCP for IP assignment whereas Stateful serves IP addresses from a pool. Also to take into consideration is “faster routing”. In IPv6, the routing information is stored in the first part of the header which makes routing decisions faster by the router. Another feature is IPSec (IP Security). It creates an end-to-end tunnel between the source and the target though it is optional. “No Broadcast” is another feature within IPv6. Using an IPv4 network, you will notice during the IP Address configuration, the clients need to broadcast to the DHCP. In IPv6, the client doesn’t need to broadcast and instead will multicast to communicate with machines over the network. It is important to understand the difference between ‘broadcast’ (one-to-all) and ‘multicast'(one-to-many). In broadcast, clients will send messages to all hosts on the network, whereas in multicast, messages are sent to a group of stations. This allows the building of distribution networks where group management is required. IPv6 does not limits itself to multicast but also bring the ‘unicast’ (one-to-one) feature. This is used especially between routers which need to communicate to a specific router. However, if you have several routers nearby and you can choose any routers for communication, let’s say for a CDN purpose, we can use the anycast method to process efficiency packet routing.

Now, that you have grasped the basic concepts of IPv6 and why we need it, let’s see how to read IPv6. An IPv6 address is made up of 128-bits divided into 16-bits blocks. Each block is then converted into 4-digits hexadecimal numbers separated by colon symbol. For example, this is an IPv6 address in binary:

Since we have three series of zeros, it can be escaped between the two colons symbols. Leading zeros in the third block will result in 30. In case, you had one block of zeros, use one zero in the hexadecimal IP address. When converted to hexadecimal it is:

Let’s get into more details. There are two rules when reading an IPv6 address.

Rule2: If two or more blocks contain consecutive zeros, omit them all and replace by double colons signs. Example the three blocks of zeros in purple above have been replaced as “::“, However, if there is a single block of zero, use 0 in the IPv6 address.

Similar to IPv4, we need to understand how to identify the number of networks and hosts in IPv6. Let’s take an example from a generic unicast address which uses 64-bits as network ID and 64-bits as hosts ID. Please note from the picture below the 64-bits in the network has been shared in three distinctive fields in the IPv6 packet structure.

At this stage, it should be clear how a generic unicast address has been designed. Now, another important point is the IPv6 address scope. A scope is a region where an IPv6 address can be defined as a unique identifier of a network interface. As we can see below, there are three scopes, Global Unicast Address, Unique Local, and Link Local.

The Global Unicast Address is routed and is reachable across the Internet. Also. the prefix for global routing prefix in IPv6 has been assigned by the Internet Assigned Number Authority – IANA, so that by only looking at the prefix of an IPv6 address, you can determine if its global or not. In the picture below, you can see the first 3 bits within the global prefix. Remember, that this is unique globally.

Then, comes the Site level aggregator – SLA which is the subnet ID assigned to the customer by the service provider. This follows by the LAN id that is used by the customer and is free to manipulate. This address is globally unique.

Let’s take a look at a Unique Local Unicast Address. It looks like private IP addresses and is used for local communication intersite usually in a LAN and for VPN purpose. It is not routable on the Internet.

The last one is the link local unicast address. This is used for communication between two IPv6 devices on the same link. By default, it is automatically assigned by the device as soon as IPv6 is enabled, and it is not routable. These types of IP addresses are identified by the first 10-bits of the address, i.e; FE80.

In this blog post, I took an example from only Unicast addresses. Remember, there are also Multicast and Anycast address ranges. Let’s now create some servers and perform some IPv6 configurations.

You can also see the connection using the following command:

To create a connection using nmcli use the following command and check back the connection. You will notice that the connection has been created without any device attached to it.

I am now modifying ipv6-tunnelix and attached it to enp0s9. I will also assign it to an IPv6 address. (For learning and testing purpose, this IPv6 address has not been assigned to me, it’s that of Facebook’s public IPv6)

As you can see, the address has been assigned. But remember, same as you can assign a public IPv4 address on a virtual machine, you will need to route it for connectivity. In this example, I took an example of Facebook public IP Address.

Are your blog’s IPv6 ready?

In 2016, during migration on Cloudflare, tunnelix.com became dual stack i.e; both compatible for IPv4 and IPv6. You can test any website for IPv6 support at this link.

Getting certified on IPv6 is really interesting as it can demonstrate comprehensibility. You can participate in free IPv6 training and get certified from Hurricane Electric. It is important to read the IPv6 primer.

There is also a service from Hurricane Electric, called Tunnel Broker which can facilitate you for creating a tunnel from your IPv4 static IP address to free IPv6 tunnels. In future blog posts on IPv6, I will get into more details about it. If you like the article, please comment, and share.