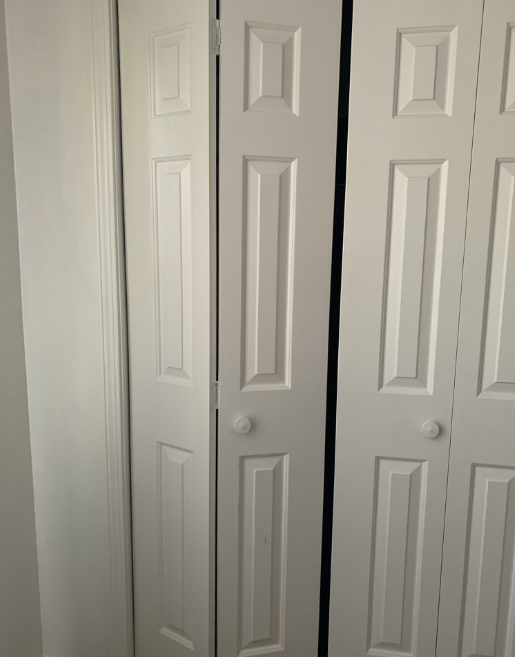 By: Nitin J Mutkawoa
In: Uncategorized
With: 0 Comments

A few days back, when I reached home, I saw the left door of the closet wardrobe fell down. I was really surprised how could that happened. Worst, It fell on a lamp that got broken too. Well, I’m renting that place and I should admit looking for a repair and maintenance company would cost a lot in Danbury, USA. As an IT guy, my first instinct was to find the root cause analysis. What exactly happened? Can it be fixed? The landlady was scared. What if all doors start falling down? Of course, the first thing is to assess the damage. No one got hurt, that is the good thing.

Well, let’s understand the root cause analysis. There is a pivot mechanism underneath the door. A pivot fitted in a wood frame. To me, its the glue that holds the wood frame – the pivot mechanism of the door got completely dried which caused the door to felt down. The builder did not think ahead and did not use proper securing mechanism at the time it was built. Well, it might not be necessarily his fault as, at that time, it was considered reliable. This is how it looks underneath: A 1/2 inch piece of wood glued underneath the door which holds the pivot. To hold the notch, the builder made a notch. This got cracked too when it felt down I supposed. Also, I noticed that went inside which explains that the glue was dried and not holding the wooden frame underneath anymore. I had to use a screwdriver to pull this out. 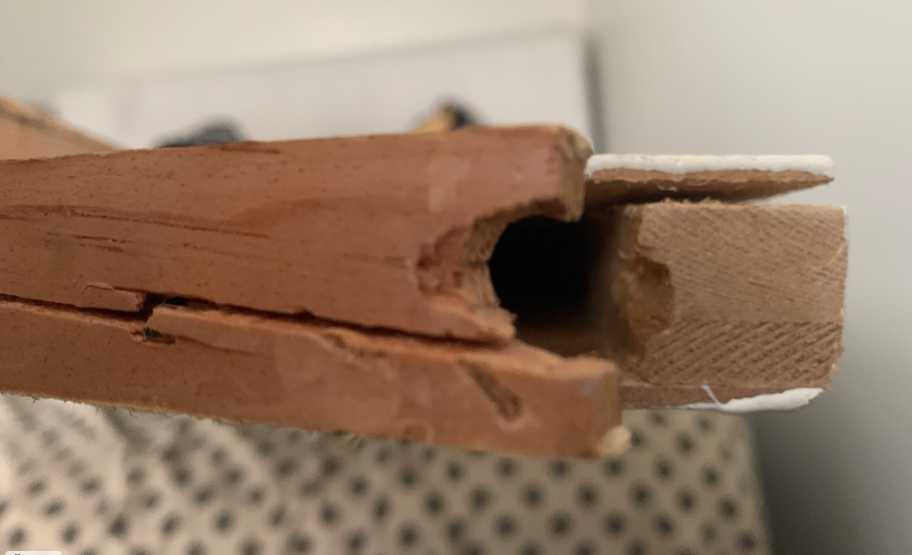 Well, I had been able to find someone to get a piece of woodcut the same size but thicker – At around 1 1/2 inch. Also instead of making a notch with a chisel, we drilled as it was more practical. The pivot was also fit inside the notch.

Try to compare now how was pivot fitted in the old broken piece of wood’s notch. On the left is the old one. the new one on the right.

It was pretty easy to replace and repair that. Using a small hammer, It was easily pushed underneath and glued in the same way it was built.

Well, the Pivot was not fitting properly. I do not have a chisel. So, I used a flat bit screwdriver and remove a small chunk to make it fit. 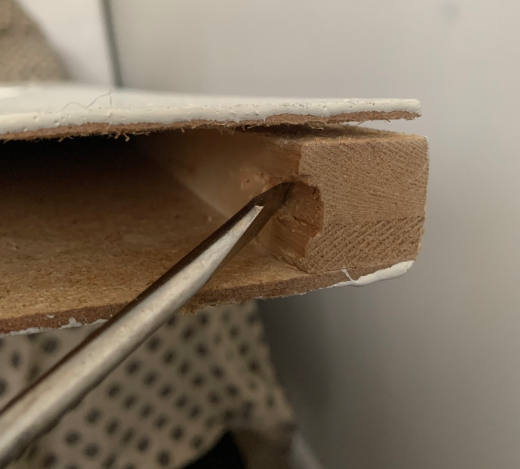 Finally, it is getting properly fit with the pivot. 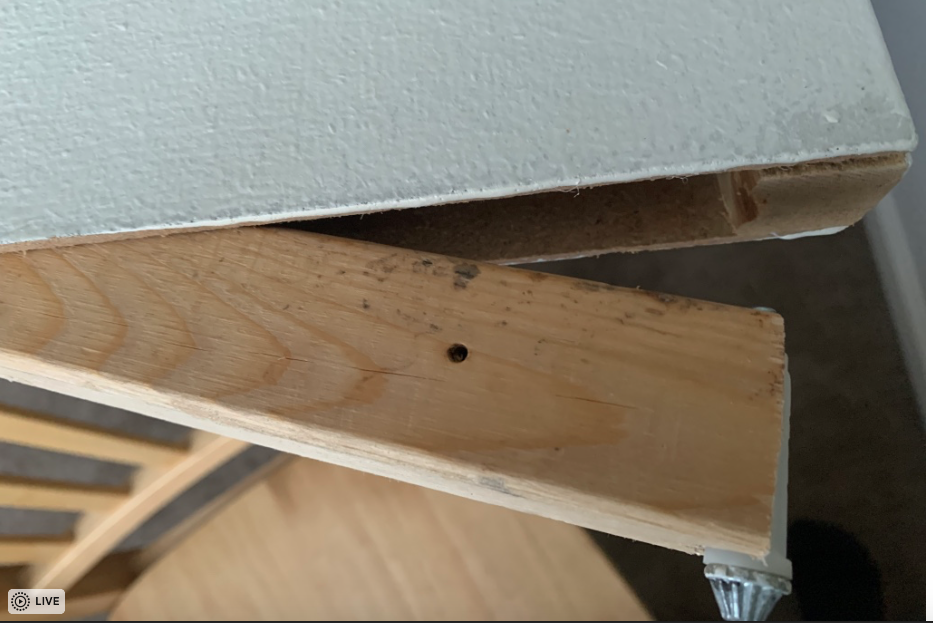 I know its already secure with glue. But, still, I do not want to repeat the same step as the previous builder, but instead, use some screws to make it more durable. 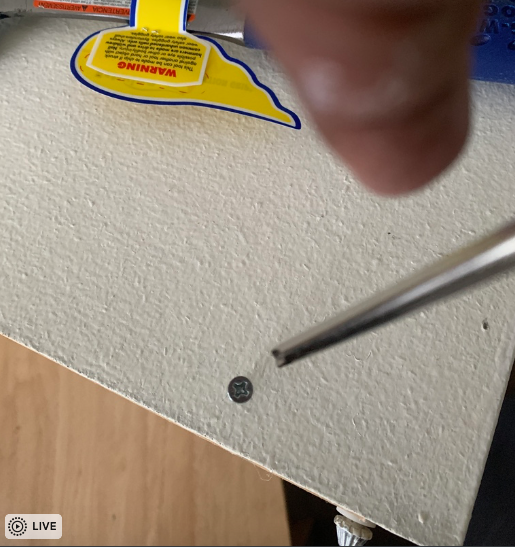 Once repaired, I leave the glue to dried. Then, it was time to put the door back into the hinge. I roll the pivot inside first. Then, place the door in the rail and put some stuff underneath as there is a large space gap between the rail and the door. Then slowly, I rolled out the pivot and the door was back on its track.

This is the rail on top where the door pivot. 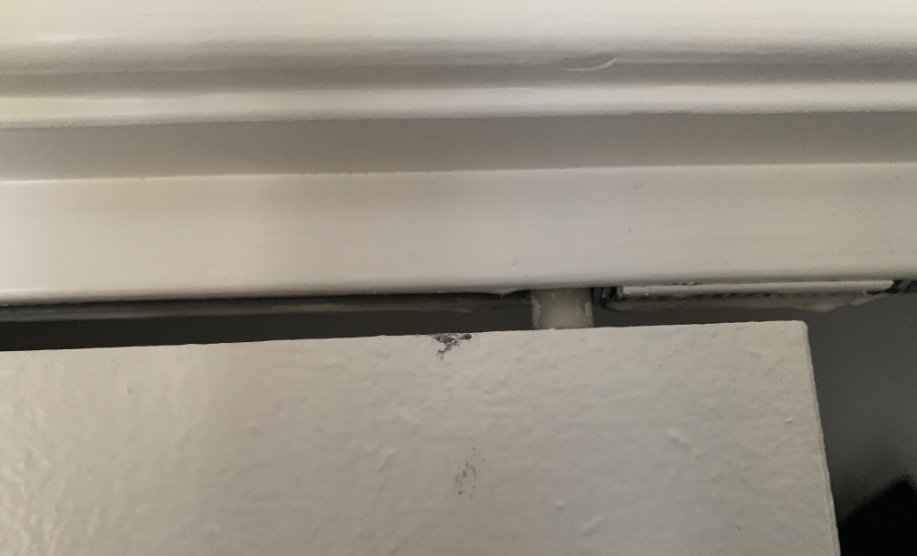 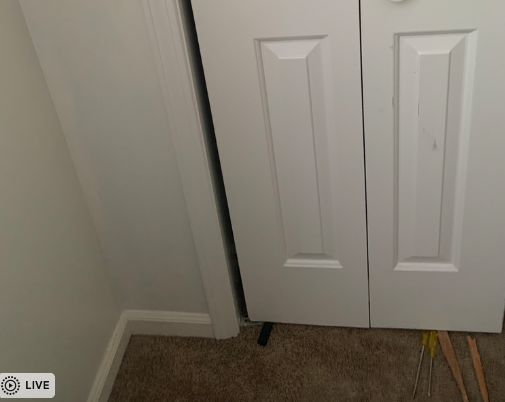 Finally, the door stands good. As you can see that the only pivot was holding the door, and it was fitted in a tiny 1/2 inch small frame. Of course, it is a very old design that is still adapted today. Hopefully, it never falls down again.