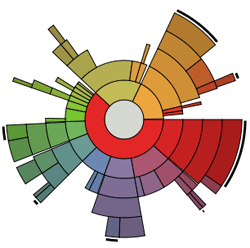 By: Nitin J Mutkawoa
In: Linux System
With: 0 Comments

Its been quite long I did not post any article under the category “Linux System” on my blog. Recently, I configured a RAID1 (Mirroring data across 2 disks.) at work. Since, I do not have any article that covered that one, so let me just present how it was done.

2.  Then, format the disk as follows. Repeat same action for the disk /dev/sdd: 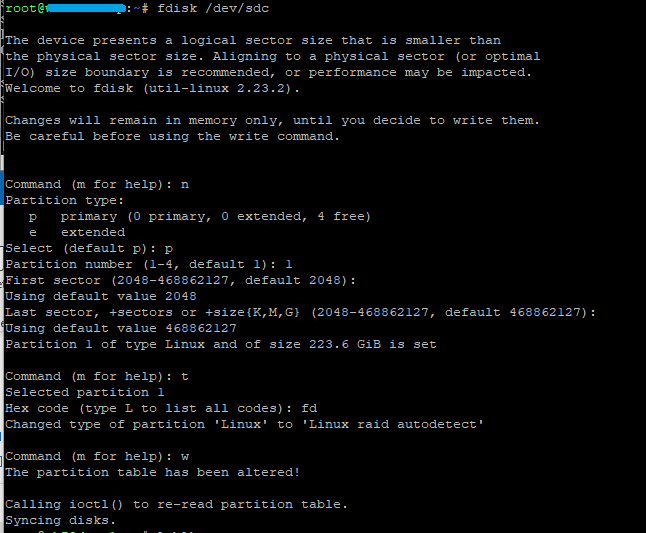 3. Time to confirm if disk has been formatted using mdadm command. I used the following:

4. Since it has been detected as type “fd”, we are good to start the mirroring using mdadm. The mirrored disk will be called /dev/md0:

5. You can now check the progress whilst it is being mirrored using the following:

6. Once mirroring is completed, create a file system on /dev/md0 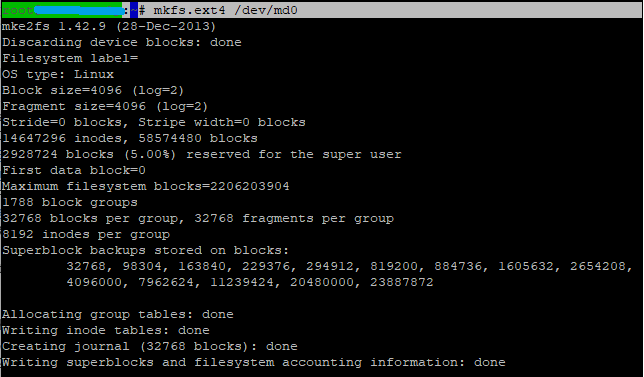 7. You can now create a directory where it need to be mounted:

8. Find the UUID of the disk using ‘blkid’ command:

9.  Insert the Entry in the fstab:

10. I then fired a mount all in verbose mode.

11. You can also check if the two devices are seen on raid1