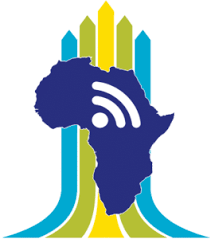 This year the Africa Internet Summit was held in Kampala, Uganda. I could not be physically present as I had to fly urgently to Johannesburg for both personal and business reasons. For those, who are not aware of the Africa Internet Summit AIS’19, it is an event initiated by the ISOC and Afrinic organizations to discuss policy and tech happening in the big Africa continent. There were also few presentations about networking and tech by ISOC, ICANN, Dot Africa TLD, etc. Jeremy Daniel (Cyberstorm.mu) and Loganaden Velvindron (AfriNIC) were present there to lead the hackathon on NTP, and well as a presentation by Loganaden Velvindron who spoken on, QUIC (Quick UDP Internet Connections) which is a new encrypted-by-default Internet transport protocol, that provides a number of improvements designed to accelerate HTTP traffic as well as make it more secure, with the intended goal of eventually replacing TCP and TLS on the web.

As I could not be physically present, I registered myself to attend remotely. The streaming was amazing and worked pretty fine for me with really little major networking issues. The hackathon was lead by the cyberstorm.mu team. I remember last year during the Africa Internet Summit 2018, I was there leading for the NTP hackathon.

There were also one of the most interesting parts that are policy discussion in the Africa region. The online streaming was very good with little connectivity problems noted. I’m glad about the NTP hackathon which was led by the cyberstorm.mu team. There were also other tracks such as IPwave, IPv6, DNS, etc. More information is also available on the official AIS wiki page. There is also another French article on ict.io as well as an English article from the Internet Society which covers the AIS hackathon.