Yesterday, Logan ping me to join the team for beer and pizza at Flying Dodo Bagatelle. Its been since some days though that the team is meeting for a beer. Reaching there, Logan and Anoop were already present. Some interesting topics about careers in Mauritius were tossed out. We had a long talk on tools and tips in the world of IT such as automation, chef, and other tools. A tool that Anoop point around is Shavlik which is used to automate tasks for Windows servers.

By the time, the whole team showed out and i was impressed by the seafood pizza. That taste is superb 🙂  The tradition at cyberstorm.mu is to meet over a table for Pizza and Beer! 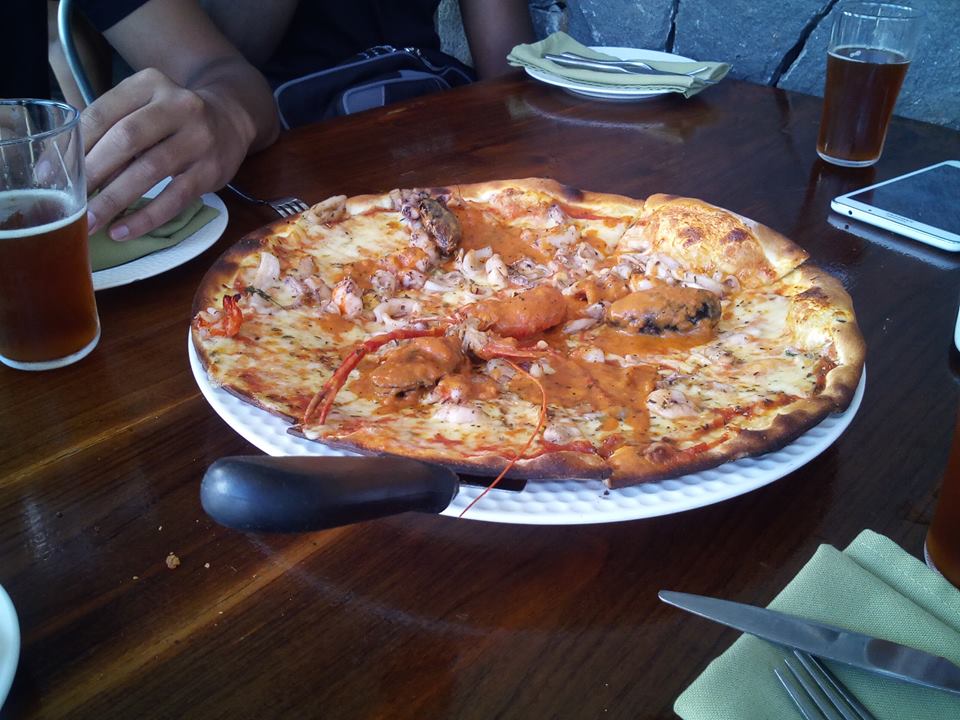 We had some interesting topics such as future plans for cyberstorm.mu including ISOC, IETF, Podcasts, Hackathons etc.. Several other plans have been forecast already for the cyberstorm.mu team. Of course, there will be the arrival of new members.

As usual, Logan seized the opportunity to show us the hilarious Mauritian video on youtube which made us laugh a lot.