By: Nitin J Mutkawoa
In: MeetUps and Presentations, Networking and Hardware, Security
With: 0 Comments

Some days back, the cyberstorm.mu (Name rebranded due to trademark issue) team made our first video stream on Youtube about Modem Insecurity in Mauritius. We received several feedbacks from the public, friends and local media about the issue raised. Upon further research, I noticed that there are several countries including Vietnam, China amongst others are in the same problematic situation as they are using the same Huawei modem. More and more vulnerabilities are now being faced by the end users. Users aware of the issue can mitigate it from their side whilst others are still in the dark. 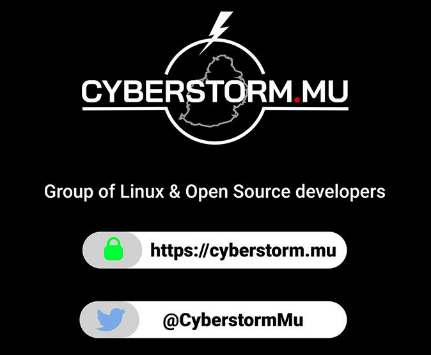 On Friday, the 20th of October 2017, another video stream was carried out by the cyberstorm.mu alongside other friends and professionals. We started with a short introduction from everybody in the videostream.

We had Billal, Codarren, Edriss, Irshaad, Logan, Kifah, Selven, Rahul, Yash and myself (Nitin) participating in the video stream. You can view the VideoStream here:

Our agenda was as follows:

Other sources talking about cyberstorm.mu‘s insecurity detection on the Huawei modem