By: Nitin J Mutkawoa
In: Linux System, Security
With: 0 Comments

Lime is a Loadable Kernel Module (LKM) which allows for volatile memory acquisition from Linux and Linux-based devices, such as Android. This makes LiME unique as it is the first tool that allows for full memory captures on Android devices. It also minimises its interaction between user and kernel space processes during acquisition, which allows it to produce memory captures that are more forensically sound than those of other tools designed for Linux memory acquisition. – Lime. Volatility framework was released at Black Hat DC for analysis of memory during forensic investigations. 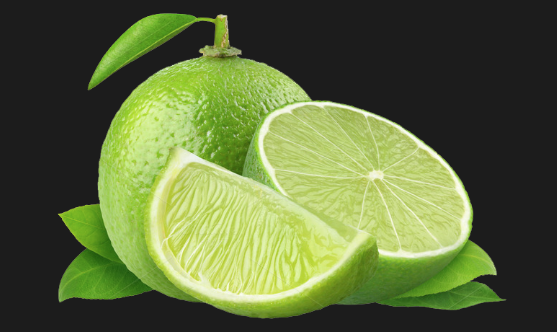 Analysing memory in Linux can be carried out using Lime which is a forensic tool to dump the memory. I am actually using CentOS 6 distribution installed on a Virtual Box to acquire memory. Normally before capturing the memory, the suspicious system’s architecture should be well known. May be you would need to compile Lime on the the suspicious machine itself if you do not know the architecture. Once you compile Lime, you would have a kernel loadable object which can be injected in the Linux Kernel itself.

1. You will first need to download Lime on the suspicious machine.

2. Do the compilation of Lime. Once it has been compiled, you will noticed the creation of the Lime loadable kernel object.

3. Now the kernel object have to be loaded into the kernel. Insert the kernel module. Then, define the location and format to save the memory image.

4. You can view if the module have been successfully loaded.

5. We will now analyze the memory dump using Volatility. Download it from Github.

6.  Now, we will create a Linux profile. We will also need to download the DwarfDump package. Once it is downloaded go to Tools -> Linux directory, then create the module.dwarf file.

8. Now, go to the root of the Volatility directory using cd ../../ since I assumed that you are in the linux directory. Then, create a zip file as follows:

9. The volatility module has now been successfully created as indicated in part 8 for the particular version of the Linux and kernel version. Time to have fun with some Python script. You can view the profile created with the following command:

As you can see the profile LinuxCentos6-2632 profile has been created.

10. Volatile contains plugins to view details about the memory dump performed. To view the plugins or parsers, use the following command:

11. Now imagine that you want to see the processes running at the time of the memory dump. You will have to execute the vol.py script, specify the location of the memory dump, define the profile created and call the parser concerned. 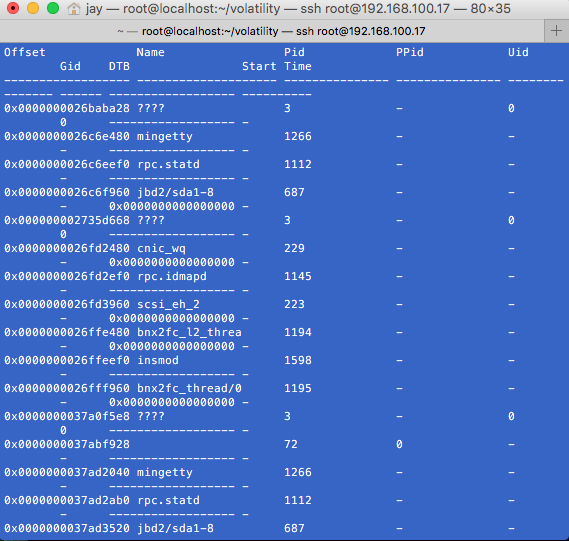 12. Another example to recover the routing cache memory:

I find the LiMEaid tools really interesting to remote executing of Lime. “LiMEaide is a python application designed to remotely dump RAM of a Linux client and create a volatility profile for later analysis on your local host. I hope that this will simplify Linux digital forensics in a remote environment. In order to use LiMEaide all you need to do is feed a remote Linux client IP address, sit back, and consume your favorite caffeinated beverage.” – LiMEaid