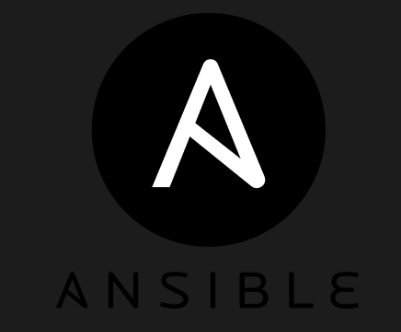 Building from scratch an agentless inventory system for Linux servers is a very time-consuming task. To have precise information about your server’s inventory, Ansible comes to be very handy, especially if you are restricted to install an agent on the servers. However, there are some pieces of information that the Ansible’s inventory mechanism cannot retrieve from the default inventory. In this case, a Playbook needs to be created to retrieve those pieces of information. Examples are VMware tool and other application versions which you might want to include in your inventory system. Since Ansible makes it easy to create JSON files, this can be easily manipulated for other interesting tasks, say an HTML static page. I would recommend Ansible-CMDB which is very handy for such conversion. The Ansible-CMDB allows you to create a pure HTML file based on the JSON file that was generated by Ansible. Ansible-CMDB is another amazing tool created by Ferry Boender.

Let’s have a look how the agentless servers inventory with Ansible and Ansible-CMDB works. It’s important to understand the prerequisites needed before installing Ansible. There are other articles which I published on Ansible:

1. In this article, you will get an overview of what Ansible inventory is capable of. Start by gathering the information that you will need for your inventory system. The goal is to make a plan first.

2. As explained in the article Getting started with Ansible deployment, you have to define a group and record the name of your servers(which can be resolved through the host file or DNS server) or IP’s. Let’s assume that the name of the group is “test“.

3. Launch the following command to see a JSON output which will describe the inventory of the machine. As you may notice that Ansible had fetched all the data.

5. At this point, you will have several files created in a tree format, i.e; specific file with the name of the server containing JSON information about the servers inventory.

6. Now, you will have to install Ansible-cmdb which is pretty fast and easy. Do make sure that you follow all the requirements before installation:

7. To convert the JSON files into HTML, use the following command:

8. You should notice a directory called “cmdb” which contain some HTML files. Open the index.html and view your server inventory system.

9. As mentioned previously, there is some information which is not available by default on the index.html template. You can tweak the /usr/local/lib/ansible-cmdb/ansiblecmdb/data/tpl/html_fancy_defs.html page and add more content, for example, ‘uptime‘ of the servers. To make the “Uptime” column visible, add the following line in the “Column definitions” section:

Also, add the following lines in the “Column functions” section :

Whatever comes after the dot just after ansible_fact.<xxx> is the parent value in the JSON file. Repeat step 7. Here is how the end result looks like.

Now, imagine that you want to include a specific application version (Example VMware tool version ) in the HTML inventory file. As I mentioned in part 4, I created the directory /home/Ansible-Workdesk. This where the “out” and “cmdb” directories have been created.

10. Create another directory called /home/Ansible-Workdesk/other_info/vmwaretool. I use this directory to deposit another JSON file for the VMware tool version after launching a playbook. Here is an extract from my InventoryUsingAnsibleCMDB.yml Playbook.

You can view the whole Ansible Playbook here on my Github.

12. However, the content will be different. The one in the “out” directory will contain JSON files about the default Ansible inventory, whilst, the one in the “vmwaretool” directory will contain a JSON file about the VMware tool version having its parent as “vmwareversion“. I change the parent from “stdout_lines” to “vmwareversion” using the set_fact module in Ansible.

And that of the Column functions section:

14. Repeat steps at part 7 with the “vmwaretool” directory.

In case, you are able to create an Ansible Playbook to create valid JSON files by merging those in the vmwaretool directory to that of the out directory, please comment below. I would like to hear more about it.